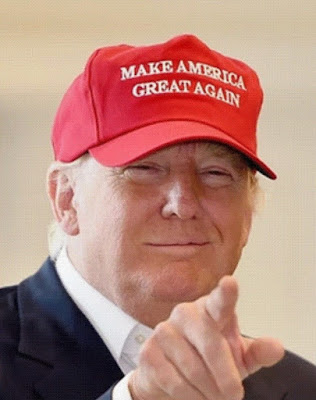 The main thing to notice about first reading
is that Isaiah wasn’t merely speaking to his fellow Israelites
as individuals; he was speaking to them as a people and as a nation.

So let’s keep that in mind
when we hear Isaiah speak of sharing our bread with the hungry,
and sheltering the oppressed and the homeless,
and when he promises that “light shall rise” for us
and our “wound quickly healed” –
these are things that will happen for them collectively.

So when we think about applying this to ourselves,
it’s more than about how each of us acts individually;
it’s about how we act, first, as a parish; second, as the Archdiocese;
and third, how about as a nation?

So first, what does this mean for us as a parish community?

We can have a good conscience,
because the people of our parish are doing a lot.

We are providing food for the hungry and clothing for the cold,
especially through St. Vincent de Paul.
Rustic Hope and Elizabeth New Life Center
are sheltering women and saving the lives of unborn children
in difficult circumstances;
New Choices in Sidney shelters women and families facing violence;
and our local group, RACK, makes a big difference for many.

To be clear, I am not saying our parish can take credit for all this.
But our parishioners are definitely involved in these efforts.
And the point is not to congratulate ourselves,
or to be satisfied with these efforts,
but simply to say, we’re doing a lot – and let’s do even more!

What about what we do beyond our local parish,
as part of the Archdiocese?

This is a good time to mention the annual Catholic Ministries Appeal.
Everyone should have gotten a letter from the Archbishop about this,
describing the six projects that are included.
And, as happens every year,
this Sunday is when I invite you to make a pledge to support this fund.

If you are ready to do that right now,
there are pledge forms and pencils in the pews, and if you want one,
I’m sure your neighbor will pass one down.
Please feel free to do that as I keep speaking.

All six projects are worthy causes. Just a quick run-down,
while you write in your name and address and so forth:

- Supporting more priests through Mount Saint Mary’s Seminary.
This is where Elijah Putoff is studying right now,
and after Ethan Hoying and Joseph Stickel
finish college studies, will join Elijah there as well.
You’ve met many of the men who have recently been ordained,
and others who are there. Do they impress you? They impress me.
So that tells you, our seminary is doing a good job.

- St. Rita School for the Deaf. Obviously a worthy cause.
Think of what a difference they must be making!

- New Evangelization projects. You know the Formed.org programs
we’ve been sharing with you, which many find so helpful?
Our parish was already on it;
now the Archdiocese is spending money
to get it into all the parishes.

- Chaplains for colleges, hospitals and prisons.
All these are important, but think especially about jails and prisons.
They can be a dark place, full of despair. What a way to bring light!

- Catholic Charities and Catholic Social Services.
The work these agencies do ranges from providing food and help for rent and utilities,
to providing counseling for people in trouble. They are also helping welcome refugees.
They are doing precisely what Isaiah was describing!

Those are the six priorities of the Catholic Ministry Appeal.
I personally support this fund each year
and I invite you to do what you can.
Our parish has been very generous to this fund over the years,
exceeding our goal each year.

You may be interested to know that when we surpass the goal,
some of that comes back here,
and we put that toward our youth and children’s programs.

You can of course write a check, or provide credit card information –
or else, you’ll get a follow up letter.

Finally, let’s talk about what Isaiah’s words mean for our nation.
Of course, we have done a lot over the years
to help the rest of the world;
but I think there is room for some self-examination.

We all know President Trump issued an order recently
regarding immigration from seven specific countries,
and also refugees, especially from Syria.

And we all know there is a lot of confusion about this situation,
and the situation seems to change daily.
But let’s consider some basic facts.

According to the Department of State,
something near 60,000 people had visas revoked,
all in a matter of a few days.

These are people who had previously been cleared to enter the country,
and made plans to do so.
That’s a lot of husbands, wives, children and families
whose lives have been disrupted.

Some of them were coming here for medical treatment.
Some were people who had – at great risk –
assisted our troops when they were fighting in Iraq and Afghanistan.

We all know that the refugees we’re talking about have endured tremendous suffering,
especially in Syria.
And while we didn’t cause that suffering,
decisions our government has made over the years
have played some part in the whole situation.

What many don’t realize is that the refugees
who were on their way when the order took effect
had all been subjected to rigorous checks and examinations.
They don’t just walk in.

The President says more needs to be done,
and he is doing this for our safety.
No one can fault him for these concerns.

To go back to Isaiah: what does God expect of us as a nation?
The President has assured us
that when he has better procedures in place,
we will still welcome refugees,
and he also has endorsed “safe zones” for them in Syria.
I think part of our task as being salt and light
is to hold him to these commitments.

We all want our country to be great –
but I think we want to be great the right way, don’t we?
Great as God sees greatness. That’s what Isaiah was talking about.
Posted by Fr Martin Fox at 10:00 AM

I support this, too. I also try to do something concrete besides 'just' the money. Not to add but to understand better what happens and why. I can't say one area is better or more deserving than another but if there is one I understand I may be able leverage my money and time to have more of an effect. Giving money is great, giving time and talent is even better.

Use to support the archdiocese fund until a few years ago when it came out some of the funds were going to activities directly against Catholic teaching. Monitoring this now to see if the old liberal social justice group is still in control. As to the Trump "pause" seems certainly understandable. He took an oath as our President and asking for a delay so his team can insure those coming from countries Obama considered high risk for a few months makes sense. There was no Muslim ban as the most populous Muslim countries are not on the list. It was a pause to insure everything was being done for safety. Note several large Muslim countries have same "ban" in place against these countries. As to helping the poor, there is nothing worse than the government as proven by the destruction to American poor families from the war on poverty. Jobs is the answer to poverty. Better education than provided to the inner city public schools is important including trade schools targeted to jobs. Stopping drugs at the border. Closing off flood of cheap labor as jobs are created to make Americans more prosperous again makes sense. Higher pay will result for everyone. Massive targeted and carefully vetted and controlled infrastructure program without all the costly idiotic regulations built with American materials and labor will cause jobs in many hard hit areas to expand to those in need.

Thank you for taking on this topic Father.

Gramps, I understand what you mean. It is tough to see a gift wasted ot misused. When I meet a beggar on the street, we have a lot of them in Dayton, I have a hard time giving them money knowing that they are going to spend it on drugs. So I got involved with charities actually in the city that deal directly with the poor and suffering. Now I can tell the beggar exactly where the nearest free meal or bed is. About half the time they walk off in disgust but they know where it is and hopefully will go there when they need to.

If I have the same concerns about the Archdiocese as I have about the beggar himself, that they will misuse the gift, I have to find a similar tactic of targeting the gift and pointing the Archdiocese to the money. I don't want to seem cynical but humans are not going to do things perfectly, so some problems are going to occur. We can't just not give so the only alternative is to get more involved.