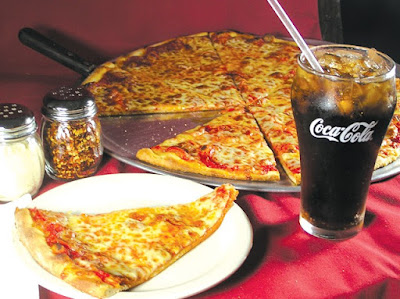 I hate to admit this, but I regularly visit the website of the so-called National Catholic Reporter (perhaps better titled, National Schismatic Reporter, or National "Catholic" Distorter--you get the idea). If it's so bad, why do I read it? Well, two reasons: first, because as bad as it is, it does actually "report" some stories; two, because it's helpful to get different perspectives. And, I confess, for a third reason: sometimes the progressives' unconscious self-parody is hilarious -- if not in the actual articles, then certainly in the comments.

So, today, I read an item there about the Vatican reiterating what has been true for as long as anyone knows: the bread and wine for Holy Communion must be, respectively, wheat bread and grape wine, with nothing added. Mindful that some people have health issues with gluten, and others with alcohol in wine, the document spells out that it is legitimate to use bread with extremely low levels of gluten -- but not without gluten; and similarly, something called mustum, which is wine in which fermentation has begun, but then immediately stopped, so as to yield an infinitesimal alcoholic content. But, the Vatican insists, if no alcohol, it's not wine; grape juice is not wine; and wine made from other than grapes is not the wine Jesus used, so that's a no-go as well. Similarly, if no gluten, it's not wheat bread; and if it's made from other than wheat, it's not the bread Jesus used, so no-go again.

And to be very clear: that means not only is it naughty; it means, it is invalid matter for the sacrament, meaning no sacrament at all. If at Mass tonight (I would never do this!) I brought over a loaf of, say, cornbread, and a bottle of elderberry wine, my praying the Eucharistic prayer would have no effect; there would be no transubstantiation, no sacrament, no Mass. Which is why I wouldn't do it, and if I did, I most likely would never have a chance to do it again.

Here are some choice comments from the N"C"R item (there are nearly 200 comments -- that itself is sadly comical):

Frankly, I am fed up with the insistence that gluten is a required element, but the health and well being of the recipients is irrelevant. These men are not medical experts. Do I actually need to explain the non sequitur here?

...its authentic spiritual validity has nothing to do with its ingredients. It minimalizes the Eucharist by focusing on its earthly matter rather than on what matters.

It never ceases to amaze. These men in the Vatican seem to have no clue whatsoever as to the meaning of the eucharist - of Jesus' meaning when he asked his followers to remember him in this particular way. One hopes that someday at least a few of them will make the breakthrough and begin to understand Jesus' message.

If Jesus had come to 21st century US, He probably would have consecrated pizza and coke. In 1st century Palestine He used the familiar items at hand. I defy anyone to tell me that God does not accept gluten-free hosts as the Body (and Blood) of His Son. It is the faith of His children which confirms the Sacred Mystery, not the grain content of the materials (Emphasis added.)  And...that's Calvinism!

As you are male, you never had to wear a Kleenex on your head in church when you forgot your beret/beanie/hat/scarf!  NB: this tells you what all the caterwauling is really about.

OK, that's enough to give you a sense of things. Along the way, one commenter, without intending to, actually explained quite well why the Church does this:

The Last Supper was a Passover meal, which required the use of unleavened wheat bread.

And, of course, wine made from grapes. And that's all this is about: determining some definition for what counts as "bread" and "wine."

What fascinates me is the "it doesn't matter" argument some used: in effect, who cares what is used for the Mass; why not "pizza and coke"? But then I have to ask: why does the Eucharist matter...at all? If the Eucharist can be anything, then it doesn't actually have to be...anything--right? It can be water; it can be air. If definitions are exclusionary and "scrupulosity," then of course, we must get rid of definitions.

Yeah, it makes my head hurt too.
Posted by Fr Martin Fox at 5:24 PM

A lot this gluten intolerance is just another campaign to portray the Church as intolerant. It really has little to do with Protestantism , or gluten. Its the liberal platform. You can learn from it though. Welsh's grape juice was originally intended as a wine replacement. Matzo is not limited to wheat, but includes 5 members of the grain family Poaceae: wheat, barley, oat, spelt, and rye. That makes me curious about what biblical reference limits the host to the wheat genus Triticum. I recall barley loaves mentioned in the bible and when there is a call to make bread it usually only mentions an ephah of flour. It doesn't always specify the type of flour. I also recall that there is a Jewish prayer over bread that requires a certain number of people present, and there is even a requirement that the bread be torn and not cut. I can think of a lot of things regarding Eucharistic bread. I can understand, respect, and follow the Churches requirements. I can also totally ignore the liberal whining.