The Axis of History (Good Friday homily from 2014) 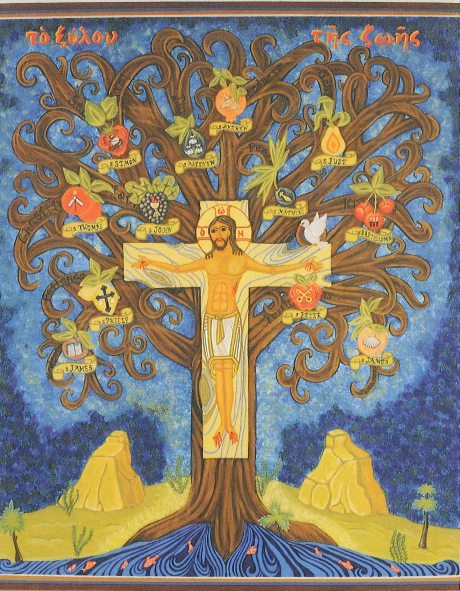 Thus everyone, without exception,
must come and stand before the Cross.
So it is a mercy that God has draws us here, year by year,
to face the truth we must face,
while we can still be changed by it.

We see the Cross, and we ask “Why?”
Be very clear: No one made Jesus do this.
The Father did not make his Son do this.

God saw it all,
From the vanity and self-importance,
Wrath and pride, lust and greed and gluttony;
To the cruelty people visit on each other large and small,
From Cain and Abel, to Hitler and Mao,
To the crack of a whip, the prison of a slum,
The office of an abortion doctor,
and the uncountable forms of our indifference.

Before anything began, God saw it all…
And He went ahead. He chose to create us.
And then he chose to become one of us.

Was there no other way but the Cross?
Of course there was. God chose this way.
Remember—God didn’t invent the Cross—we did.
Had God never become man,
man would still have faced a cross, but now alone;
and it would have been all death with no life.

St. Thomas tells us the Cross was “too much”:
“Any suffering of his, however slight,
was enough to redeem the human race…”
The Cross is God’s exclamation mark
on the sheer extravagance of his mercy.

God did the maximum where the minimum
would already have been generous!

Archbishop Fulton Sheen said this:
“I tell you that if God had not come down …
and given us the supreme example of sacrifice,
then it would be possible for fathers and mothers,
men and women of countless ages,
to do something greater, it would seem,
than God himself could do, namely,
lay down their lives for a friend.”

Why the Cross?
Consider an amazing image from our late Holy Father,
Pope John Paul the Great:
God came to earth—so man could put God on trial—
so that man could forgive God.


Our late pope asked, "Could God have justified himself
before human history, so full of suffering,
without placing Christ’s Cross at the center of that history?

"Obviously, one response could be
that God does not need to justify himself to man.
It is enough that he is omnipotent.
From this perspective everything he does or allows
must be accepted.

"But God, who besides being Omnipotence is Wisdom and—
to repeat once again—Love,
desires to justify himself to mankind.

"He is not the Absolute that remains outside
of the world, indifferent to human suffering.
He is Emmanuel, God-with-us,
a God who shares man’s lot
and participates in his destiny.

"The crucified Christ is proof of God’s solidarity
with man in his suffering."

We blame God—God does not argue.
He comes to us—offers himself for trial.
Pilate presides—and we are in that court as jury.

We found him guilty; we sentenced him to death.
The price is paid. God himself atones.
God and man are reconciled.