'We can lower oil prices now' 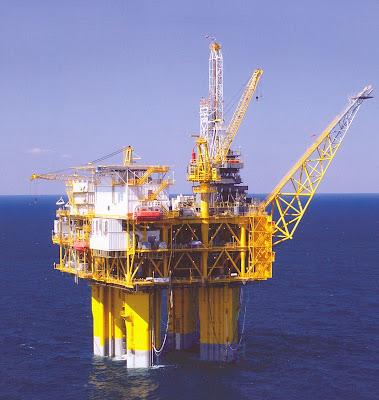 I read the article by Martin Feldstein, one of President Reagan's economic advisers, linked by the headline above last night, and I thought it was a powerful argument.

Unlike perishable agricultural products, oil can be stored in the ground. So when will an owner of oil reduce production or increase inventories instead of selling his oil and converting the proceeds into investible cash? A simplified answer is that he will keep the oil in the ground if its price is expected to rise faster than the interest rate that could be earned on the money obtained from selling the oil. The actual price of oil may rise faster or slower than is expected, but the decision to sell (or hold) the oil depends on the expected price rise.

That seems common-sensical; and if he's right, his solution makes sense:

Now here is the good news. Any policy that causes the expected future oil price to fall can cause the current price to fall, or to rise less than it would otherwise do. In other words, it is possible to bring down today's price of oil with policies that will have their physical impact on oil demand or supply only in the future.

In other words, massive new drilling, such as the north shore of Alaska and offshore, also major improvements in fuel economy, also the "flex fuel" idea that would mandate or incentivize auto makers to build their cars so they can run on a variety of fuels, even mixed together -- so that we don't have to wait until we have a network for distributing and selling alternative fuels first before we expect to sell cars that run on them. Instead, build cars that run on many fuels, then sell them; they can run on gasoline, while we build the service stations that sell the alternatives.

Read the entire article, then I invite you back to offer your take on the argument. Maybe there's a flaw in it I missed.
Posted by Fr Martin Fox at 2:42 PM

This is totally off topic. I've been reading your blog regularly over this past week, after discovering it over at Althouse's site. I enjoy it, though, as you might expect, as a good Lutheran, I'm not 100% in agreement with you on everything.

That's okay. As someone has said, "If two people agree on everything, at least one of them is irrelevant."

In any case, have a good Fourth of July.

At your invitation, I read the article. Although I find it well written there are several significant flaws worth noting. Whether they overcome the conclusions I'm not certain.

First is the opening discussion of corn as a similar situation, which it is not. Pumping oil does not have a fixed "season" as does harvesting corn. Oil production is far more flexible to short-term management than corn. While the author is correct that it is easier to keep oil in storage than it is corn, there is not a similar capability to suddenly decide in September to double the year's corn production.

Secondly he presents a demand-to-price-rise model for corn couched in terms that are unclear as to whether they are theoretical or real. (If the price of corn doubles next year, and the price of other vegetables remains constant, I suspect I'll shift far more that 10% of my corn consumption to other veggies.) But he also overlooks the multitude of other costs -- i.e. global starvation -- that fluctuation might impose. Overall, a very poorly thought out argument.

With his move to oil he assumes that supply and demand are the key drivers behind the price of oil. That is not completely so. Producers are willing to increase or decrease production to avoid traumatic spikes, but will not do so in the long term if their net income will be reduced.

They recognize that oil resources are finite. For the next few years this may not be a serious issue. But as their reserves dwindle they will want to extract as much cash as they can from what they have. Ironically, should government-sponsored conservation efforts look promising they may also want to hike prices to get the money before the value of their products are reduced. It's somewhat a no-win situation.

For comparison, remember one of the concerns of the ABM treaty. If either party verged on deploying a 100% shield, the other might be forced to launch now or forever be the loser. A similar mindset could come to play here.

Sadly, the time in which we had a serious voice in the price of oil was when we had a major production capacity ourselves, when there was not a lot of serious competition out there, and when the dollar was in a much stronger position. The article tries too hard to simplify what it really an extremely complex issue.

I don't believe "flex fuel" works. Efforts to produce bio-fuels must also account for the input of petroleum products in agricultural development, e.g. fertilizers. For this reason, most bio-fuels actually produce a greater carbon footprint, and at greater end-cost, than gas or diesel. Hydrogen fuel-cell cars are a great technology, but there is a huge infrastructure cost to deploying vehicles and fuel stations. These cars would not have internal combustion engines, but would directly convert hydrogen, through burning (combining with oxygen) to electrical energy, which would the propel the vehicle with an electric motor. Like current hybrid engines, the efficiency depends a great deal on battery technology. The roll-out of fuel cell cars will be pretty slow.

The change could take a decade to accomplish. It will then be a matter of using the most efficient energy sources, sources which are also "clean", to store energy in liquid hydrogen form, to be sold at local stations. There will be huge cost savings all around, in the end. Those savings, however, will not translate into reality until the speculators are utterly convinced it will happen. At this stage of the game, however, there are just too many unknowns standing in the way, none of which have to do with technology.