Shortly after arriving here, one of the men of the parish invited me to ride his combine. I didn't get to it in the spring, so I knew I had to when fall harvest came around. After several false starts, today was the day.

First, the staff told me to change out of my black suit. I did keep my roman collar shirt on!

Then I drove out to the York Farm, to meet Dave, the Patriarch. He was driving this around when I drove up... 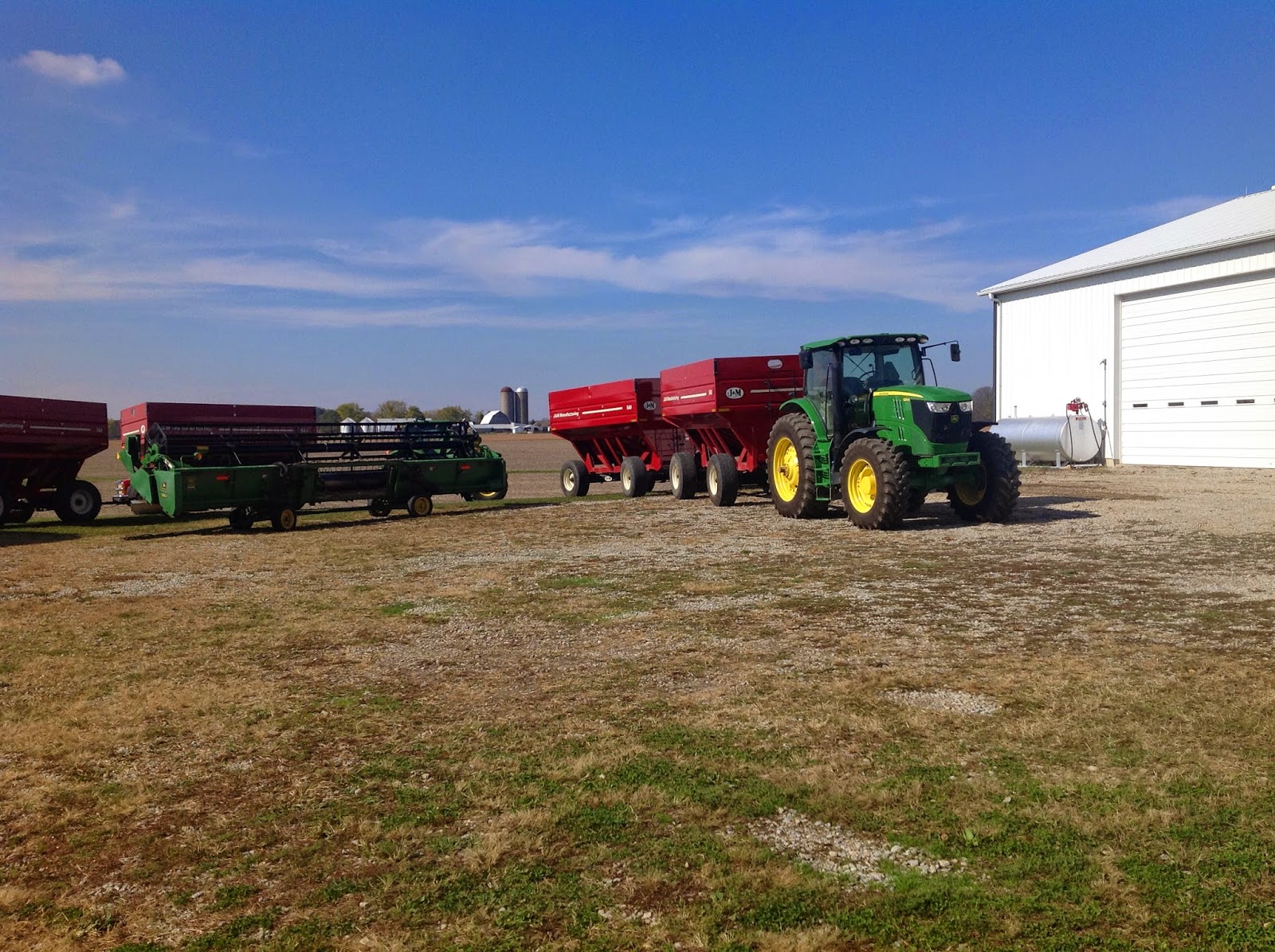 I petted the dog (Skippy) while Dave turned around his tractor, then we were in the tractor, and we're off to a nearby field of corn.

That's where we hopped on this bad boy: 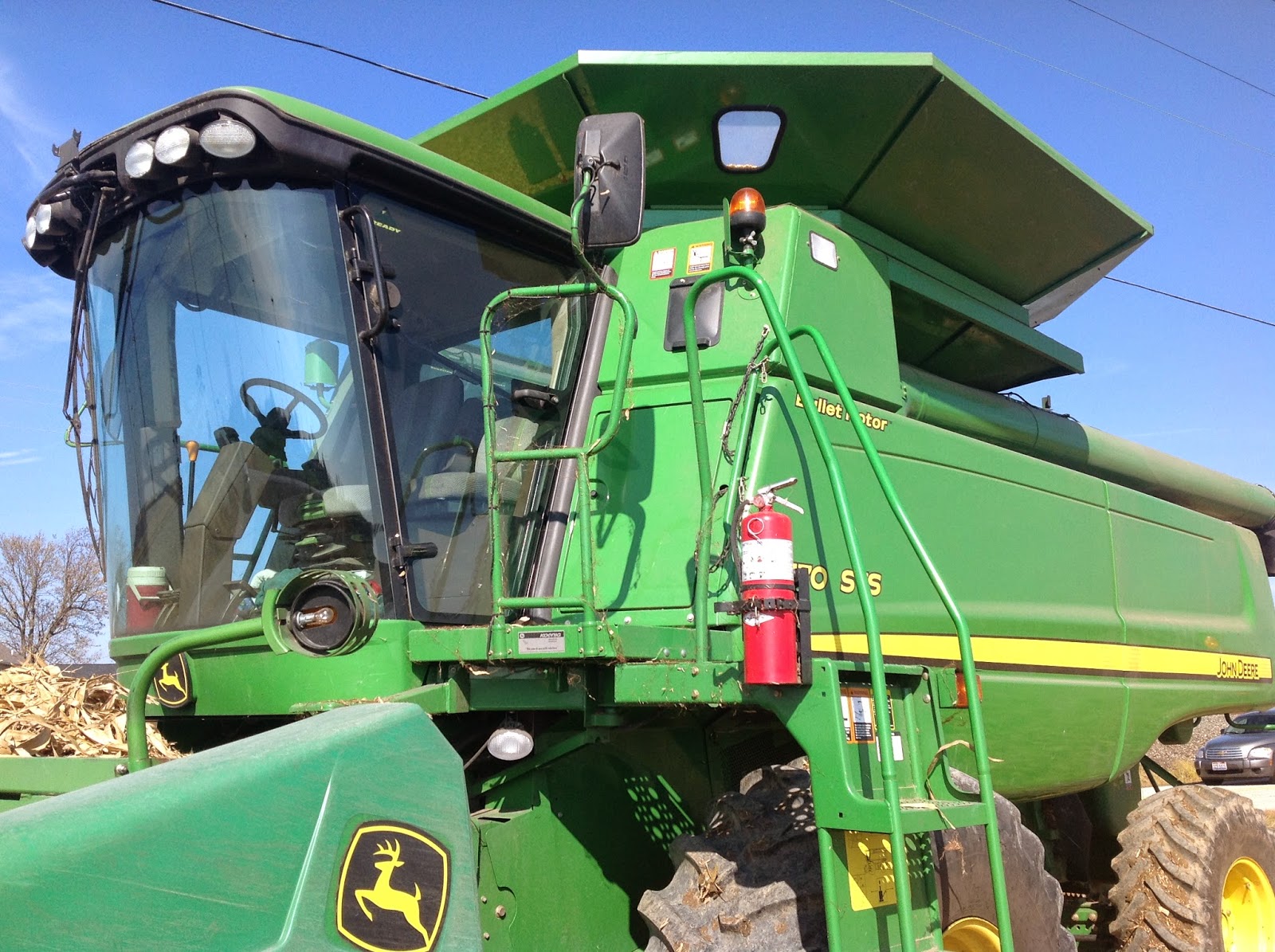 I should have gotten more "during" pictures, but I was engrossed in what Dave was telling me about how the combine gobbles up the corn stalks, while separating out the ears of corn, before it shucks the corn off the cob and sprays it up into the bin behind. (I forgot to ask what becomes of the cobs, but I assume they get ground up.) We were rocking along, gathering up between 160-180 bushels per acre, according to a spiffy computer to Dave's right.

Here's a shot of me behind the wheel. I actually drove the combine a bit, but not without Dave. This is a very expensive piece of equipment! 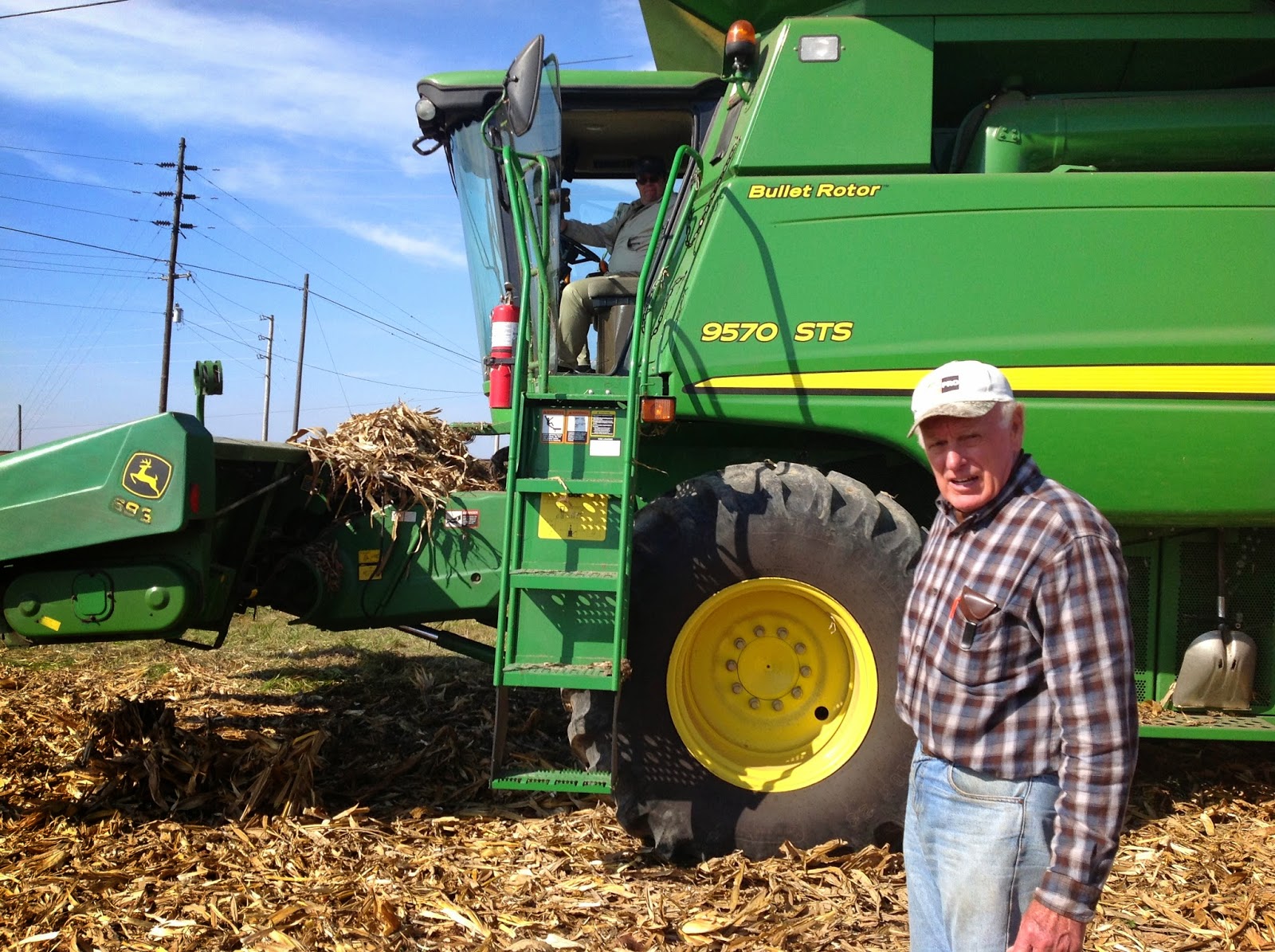 And here's Dave's better half, Bonnie, who kindly drove me back to my car after a good hour of harvesting corn. 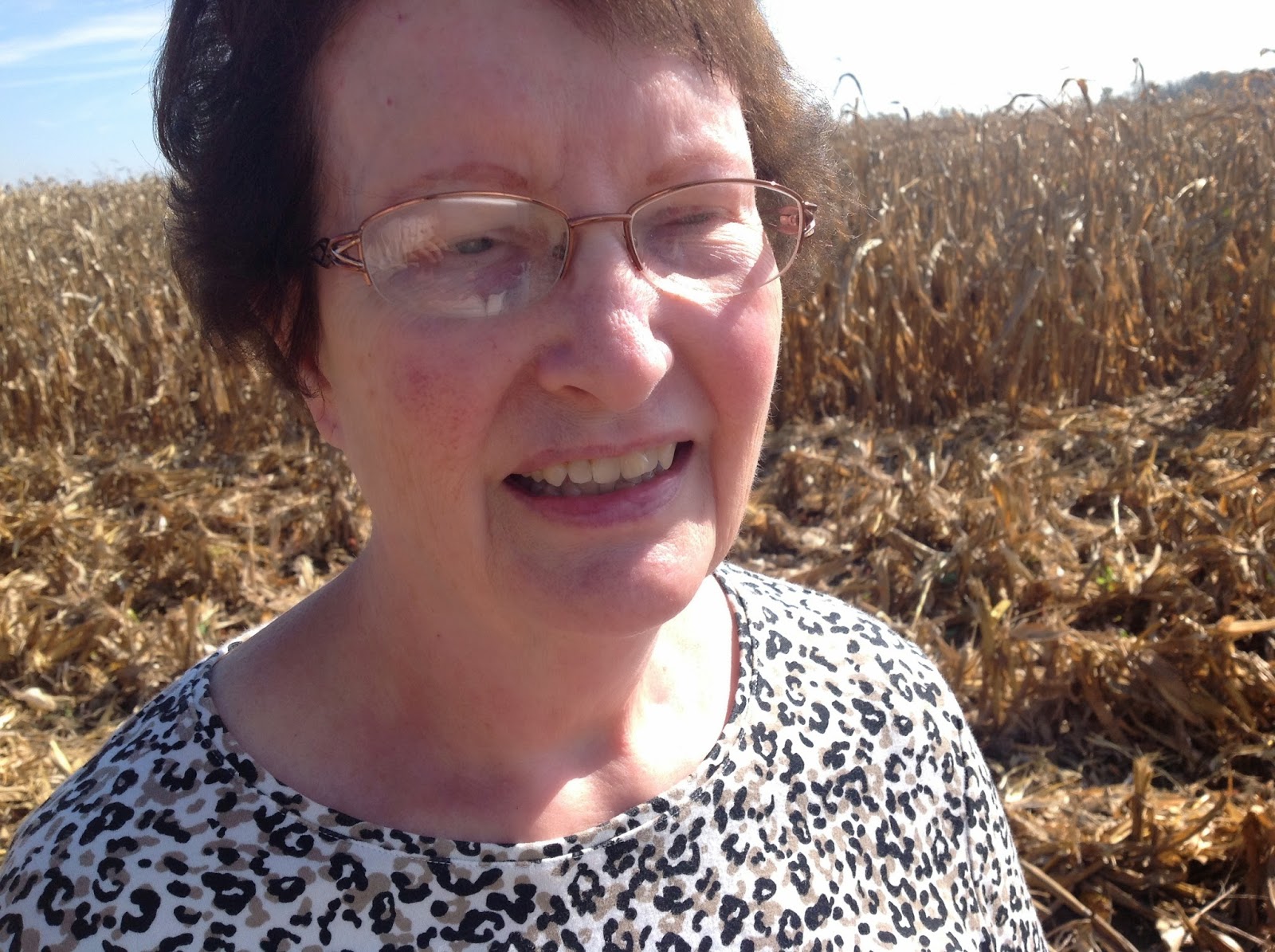 Now it's time for confessions!
Posted by Fr Martin Fox at 2:48 PM

Dear Fr., so what did you have to confess about driving the combine today��? Oh I'm sorry I get it now you mean it's time to hear confessions. Take care and love Eileen

That was awesome! I've always wanted to drive a combine, or even just a tractor. I even have a John Deere cap.....which I wear driving a Honda minivan.

That sounds great! What a large farm. My own kitchen garden seems very small in comparison.

Thanks for this. People forget the details of farm life and I think they would learn to like if they could experience it more.

I see overalls as a good Christmas gift.