I had a bunch of photos from the past few days, so I'm just going to post them all together. Is that bad?

While in Cincinnati on Friday -- in anticipation of the Deacon Ordination Saturday morning -- I drove by Eden Park. It was a lovely afternoon, and many people were enjoying it. Here's a famous monument, commemorating Cincinnati being a sister city to Rome. By the way -- do you know which famous world leader presented this (remotely) to Cincinnati? The next picture explains it. 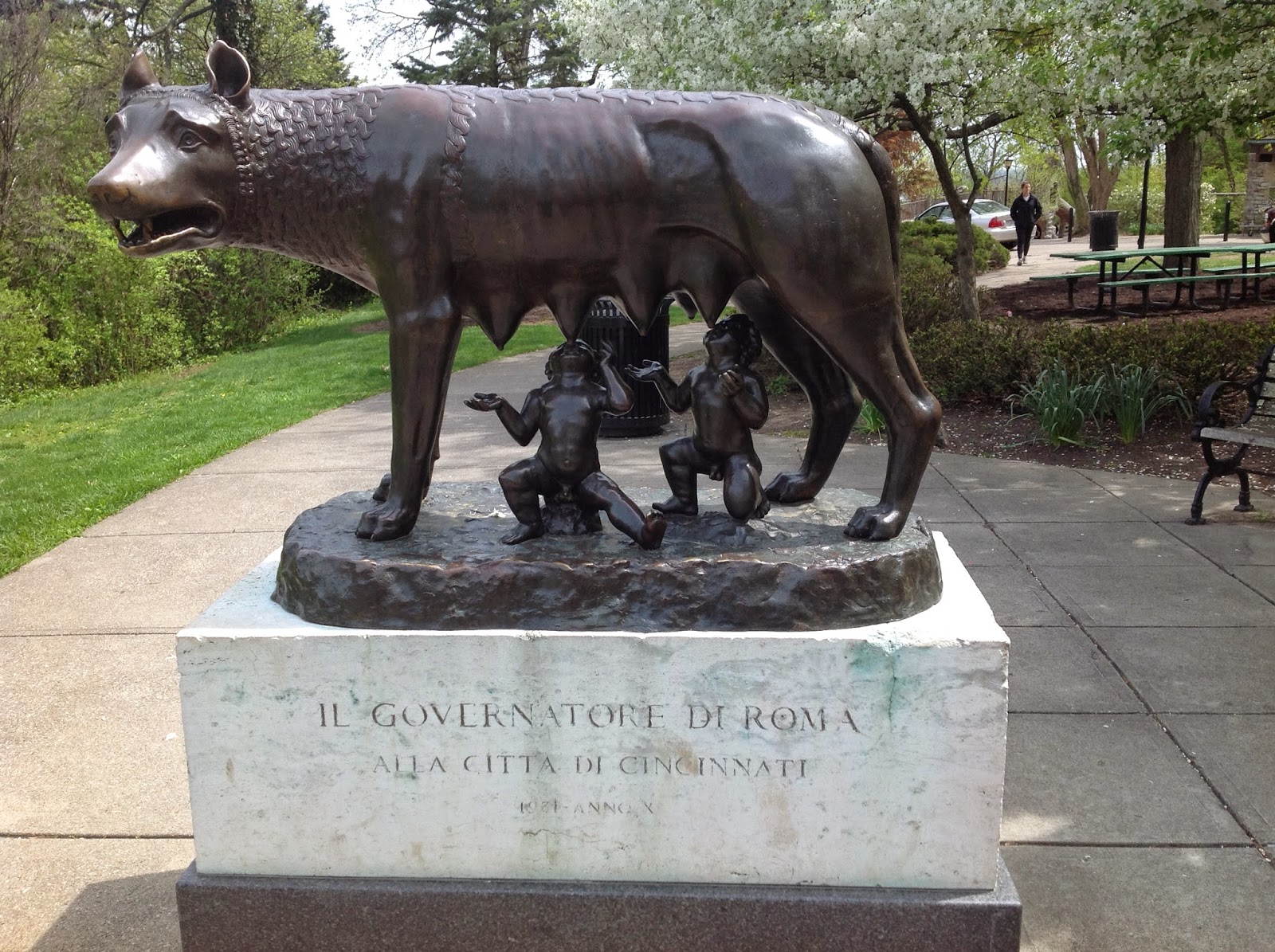 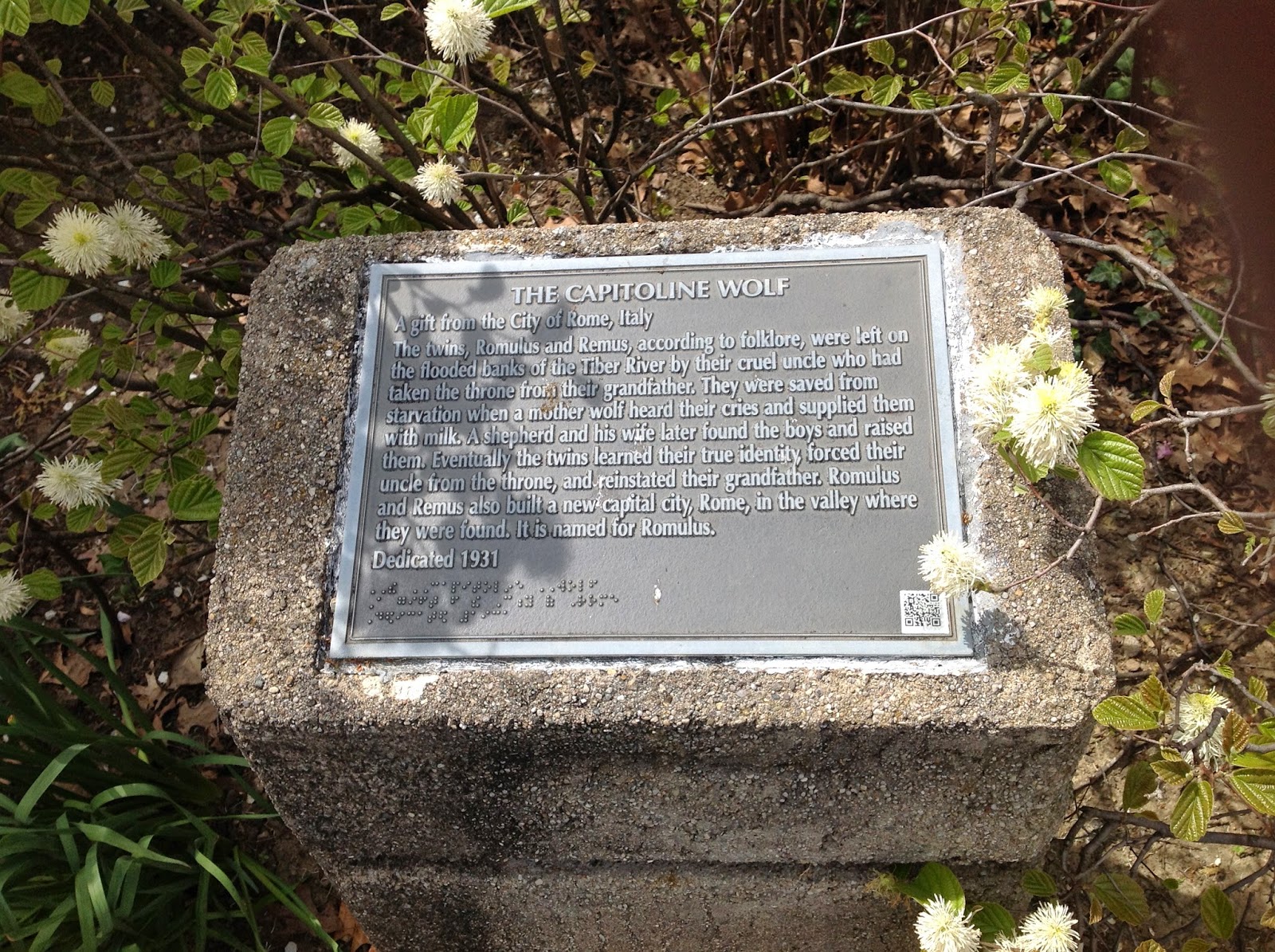 While I was snapping the photo of the she-wolf, I heard one guy nearby say, "everyone takes a picture of that!" 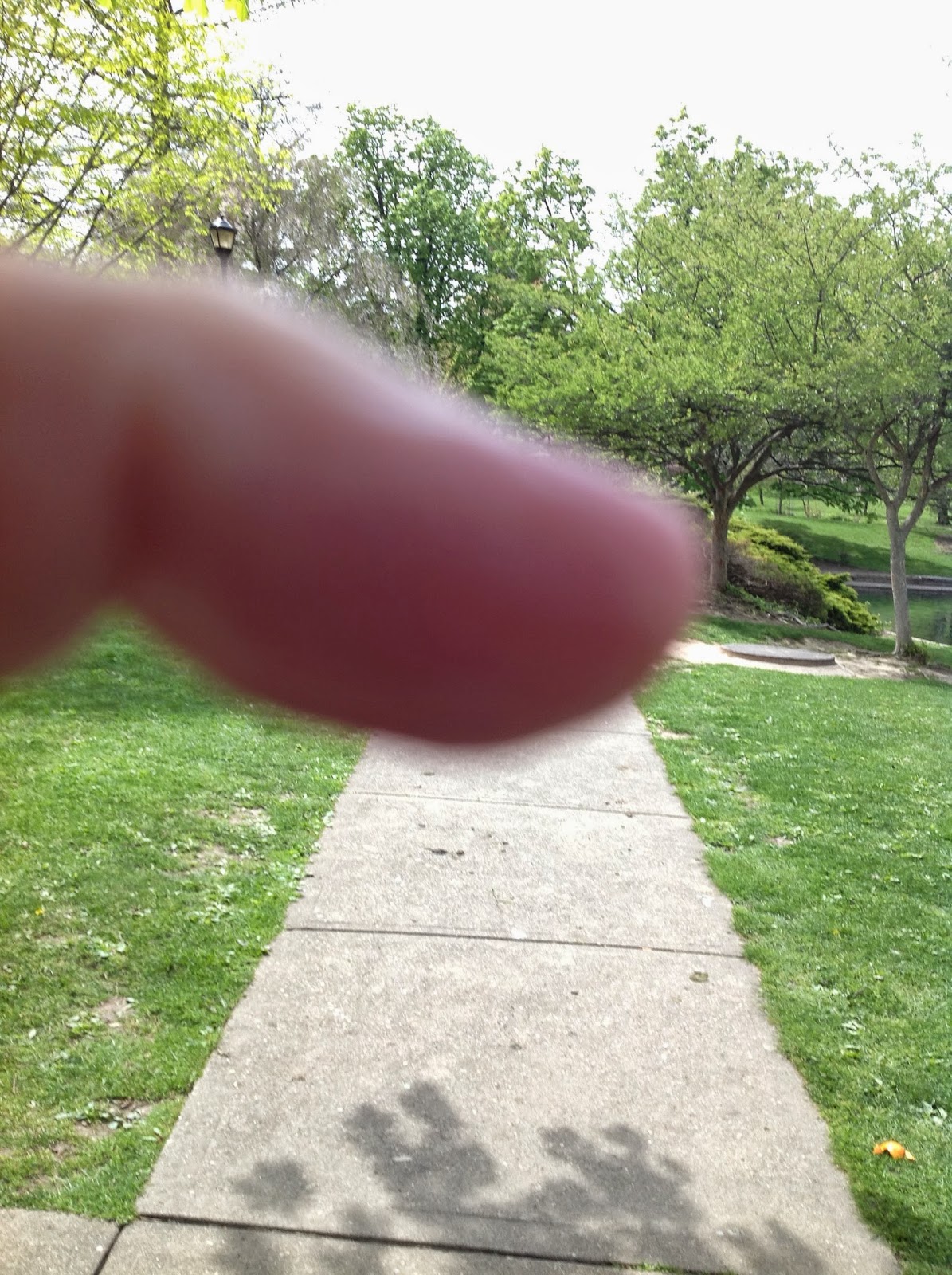 That was supposed to be a picture of a couple, in wedding attire, having their picture taken.

Here's a view of the mighty Ohio, looking upriver (i.e., east). It's flooded a few weeks ago; and it still looks a little high to me, but I think that's normal for this time of year: 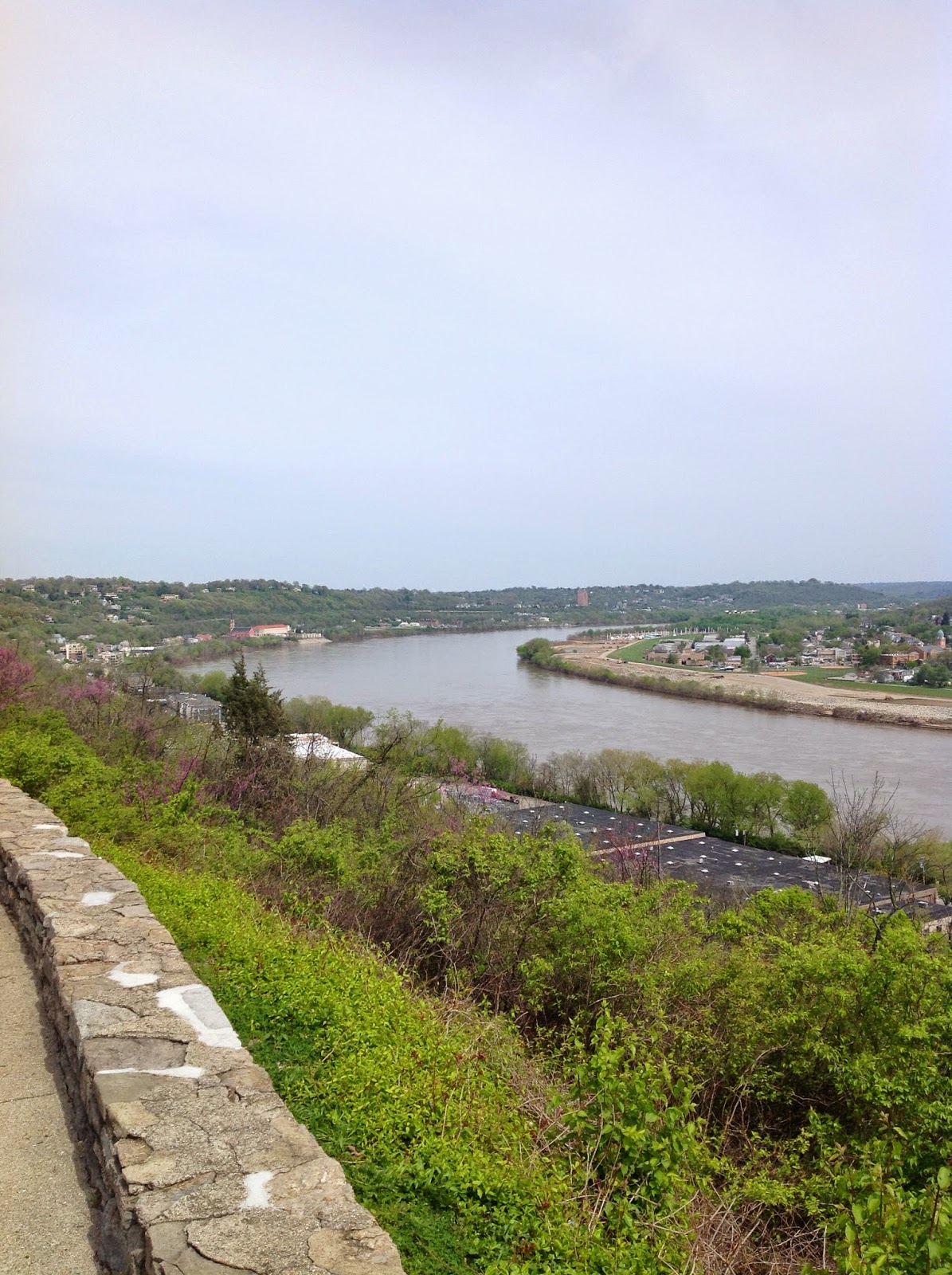 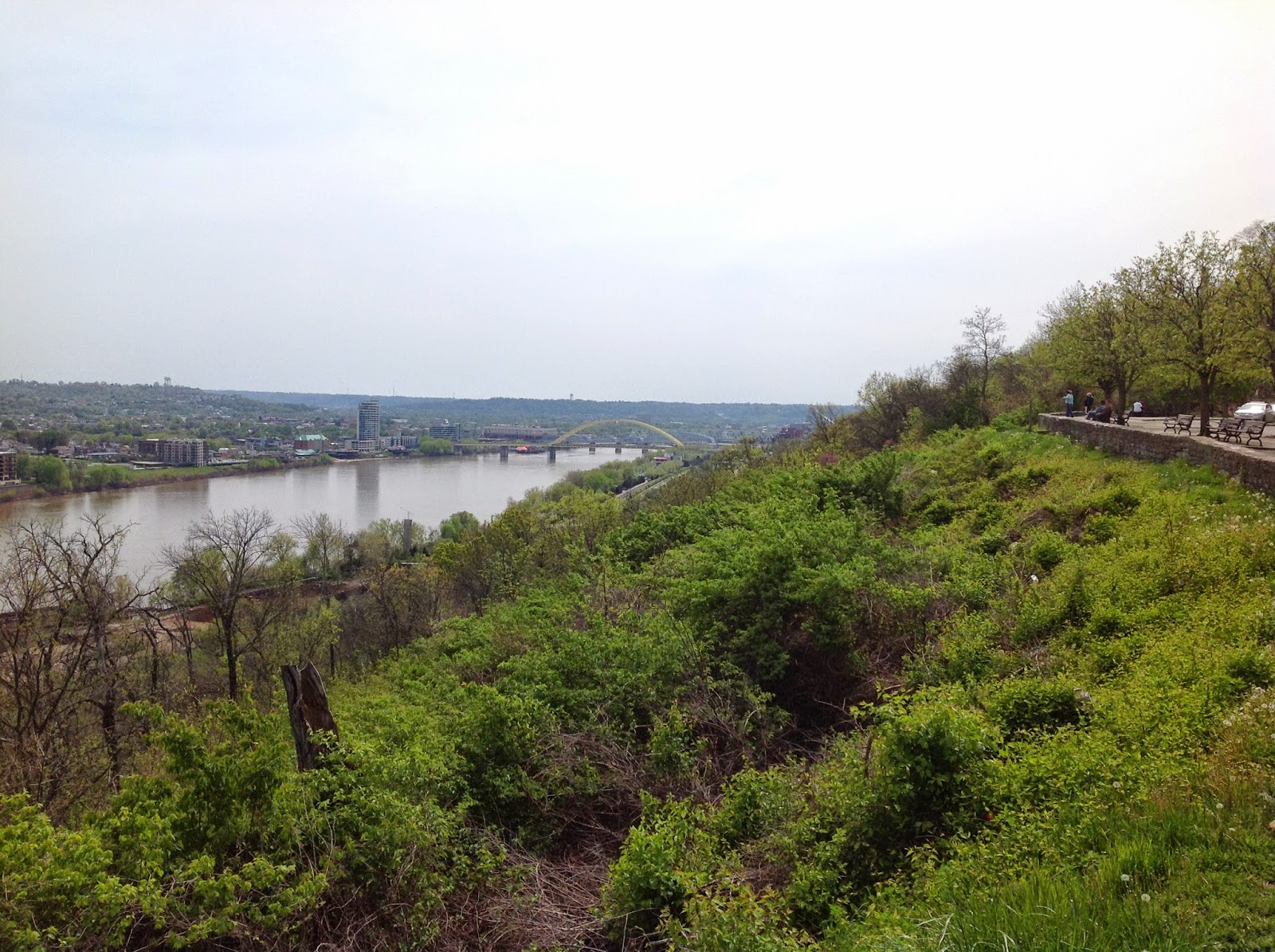 Here's last night's dinner, with the Neapolitan Ragu again. I did the recipe a little differently this time. Instead of spare ribs and braciole, I used Italian sausage and some meat balls I bought. A second change involved the tomatoes -- I had bought an Italian brand before, but this was a Kroger brand.

The sauce was quite good, but it needed salt and pepper; and the meats weren't as good. The Italian sausage was too mildly spiced, for one. Next time, I'll get a better sausage, and I may try my hand at meatballs. 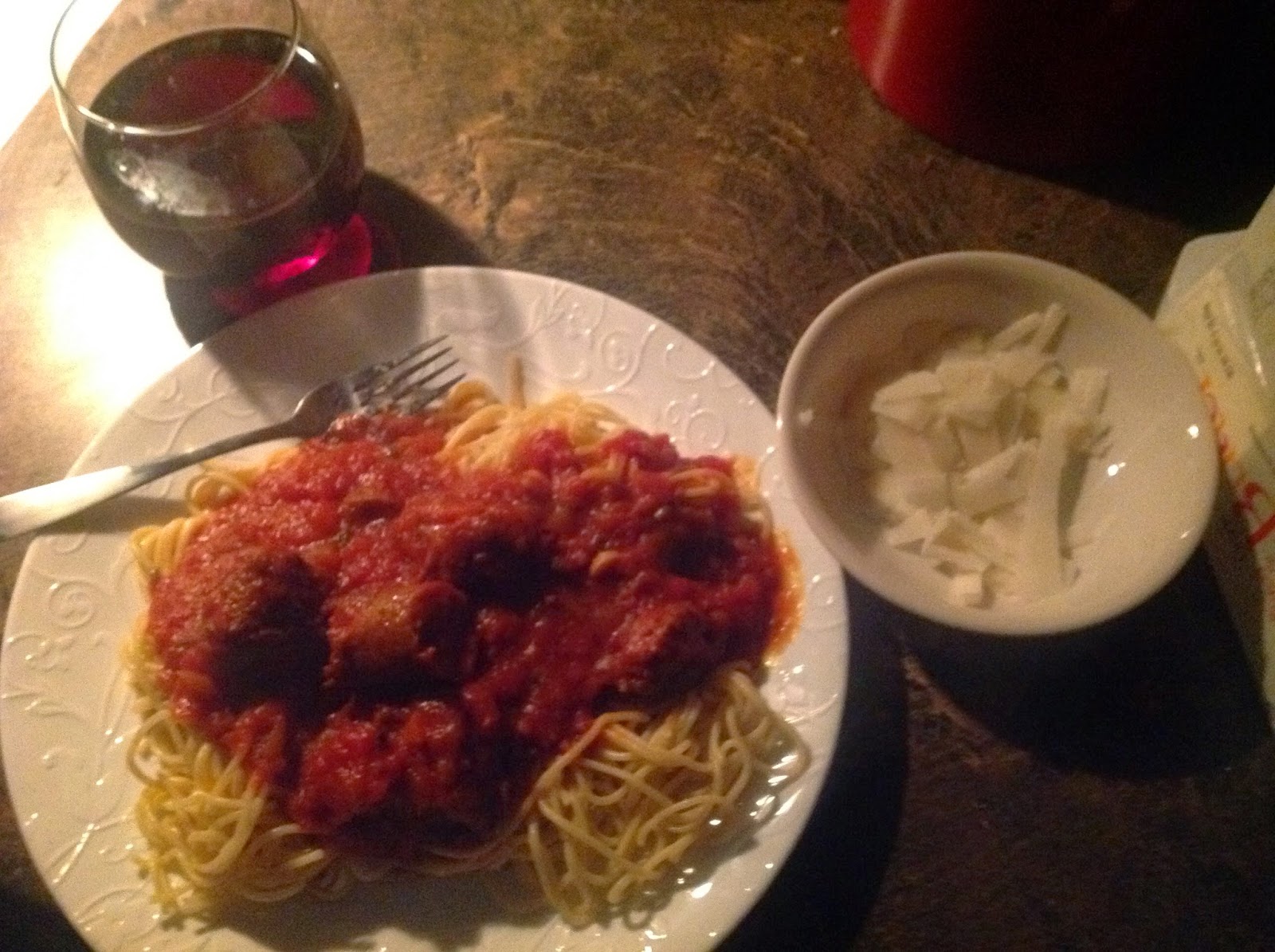 Here's an update on Russia's "Big Dig." You can see the workers have built the walls of the channel, and they are preparing to create the cover. A couple of parishioners walked over after Holy Mass with me to see it: a grandpa and his grandson, who just made his first communion on Sunday, and wanted to go to Mass every day this week. Isn't that awesome? 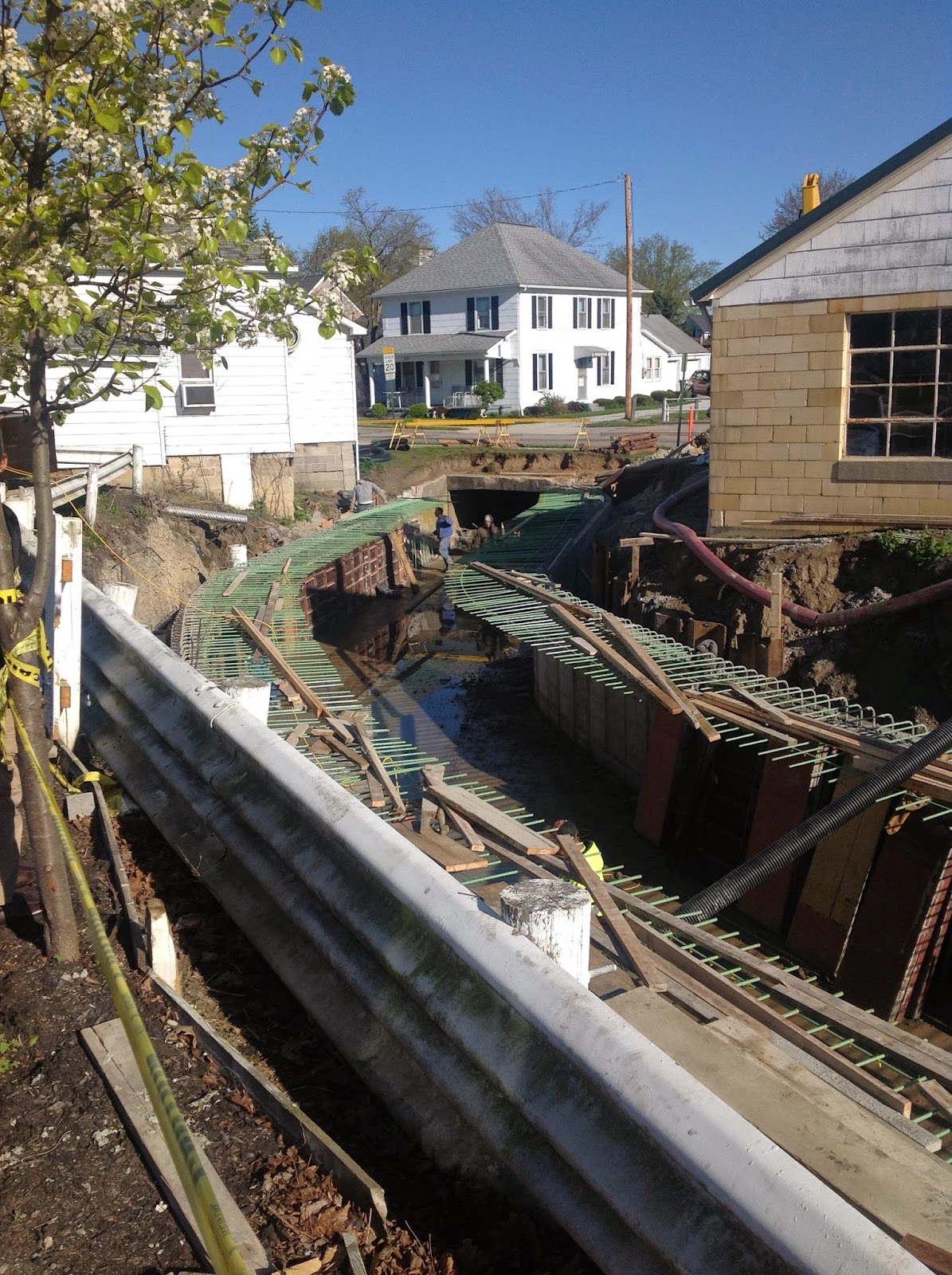 Thank you for sharing!

I cocur with your meatball plans. :-) ~ Rosemary A.

Sorry. That should read "concur" ~ Rosemary A.

The finger photo is funny.

I didn't do it on purpose. I had several of those, I only posted one!