Dinner with our seminarians

The parish's three seminarians are home from college, so I invited them for dinner during the Christmas Octave. We settled on tonight.

As I have Holy Mass at 5 pm, I have to get things mostly in order beforehand. So I've been working on this since yesterday.

I started with something new: a cheesecake, using this recipe.

Here is the ricotta and cream cheeses, with the sour cream and pretend sugar: 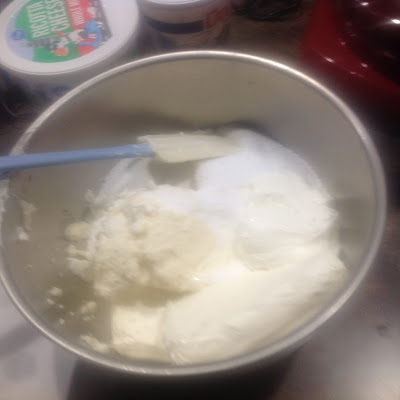 Here are the eggs, extra yolks, lemon juice, and vanilla. Next in is the cream: 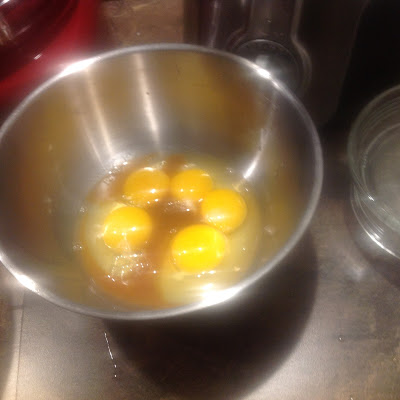 Here's the batter, which I was careful not to "overwhip" (per the instructions): 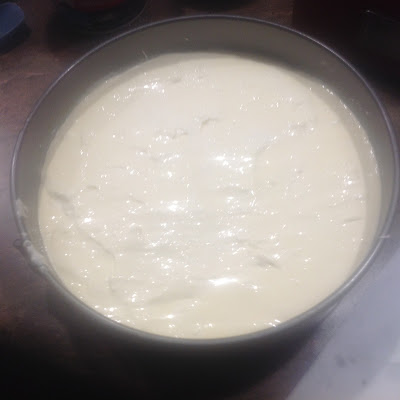 Here is the cake in the water bath, going in the oven. (The water bath was there already.) Please don't notice the condition of the oven. Just today I figured out how to use the "self clean" option. 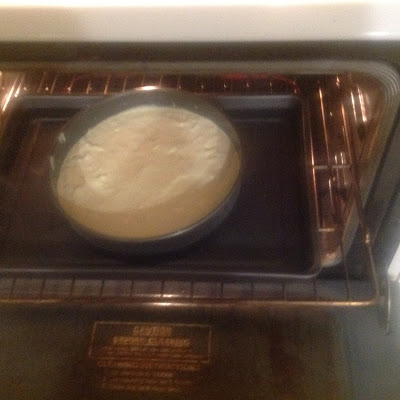 So that cooked for almost 2 hours, then it cooled in the oven for another three, then into the fridge. That was all last night.

This afternoon, I cleaned the chicken and dried it -- it's in the fridge, so the skin dries a bit more. I have to put that in the oven right before Holy Mass, and then hurry back to get it out of the oven right after. A little later, after the skin has dried some, I'll dress the chicken with butter and pepper, and stuff it with lemon slices and rosemary, a la Zuhlsdorf.

Meanwhile, I got the red potatoes ready. These will cook below the chicken -- meaning, they'll soak up all that wonderful goodness given off by the chicken. Here are the potatoes, washed, drizzled with olive oil, and sprinkled with pepper, salt and fresh rosemary: 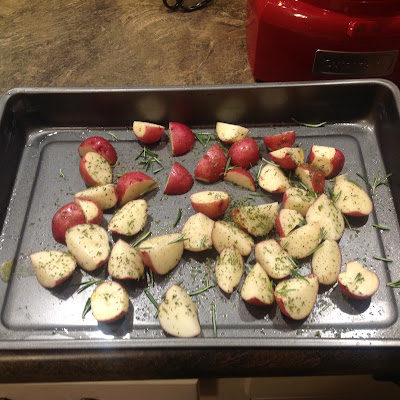 And, while I'm fooling around in the kitchen, I got out the cheesecake, and took the top part of the pan away. (Sorry, I should have gotten a photo after that!) I was a little disappointed in it's (lack of) height; but the little bit I tasted from the pan was good. I will offer the guys some chocolate sauce, or some raspberry-rhubarb sauce, if they like, to go with it. 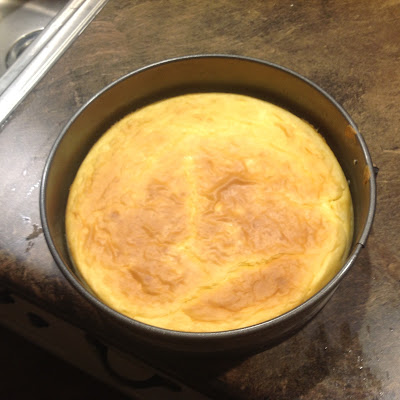 OK, I just popped the bird in the oven. Fifteen minutes on high, then down to a lower temp for the rest of the way.

Here's the bird, before being dressed with butter, pepper and salt, and stuffed with lemons and rosemary: 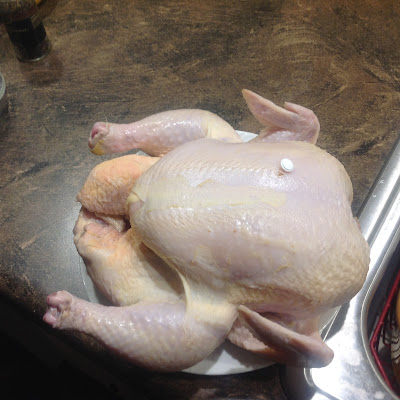 Here it is with all that. The butter didn't spread very well -- the skin was still too wet -- so I rubbed some olive oil on. 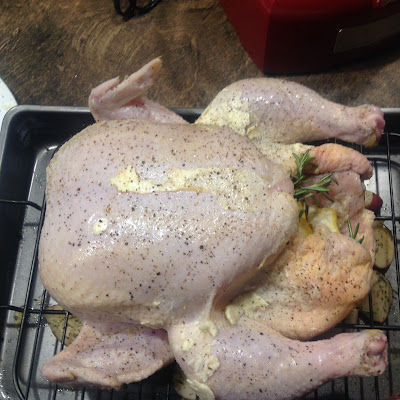 Meanwhile, here's the dinner table, all set. In the upper left is our patron, Saint Remigius, depicted in a Russian-style icon. (Get it?) 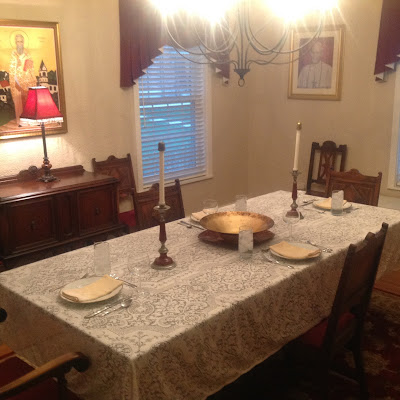 In a few minutes, I'll turn down the oven, and then over to Mass. I hope the servers show up!
Posted by Fr Martin Fox at 4:38 PM