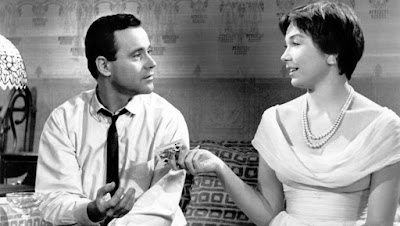 Of course, “best” and “worst” can be taken a lot of ways. Is it about the quality of the film itself as art – which may not mean its message about Christmas itself is so good; or is it a “best” or “worst” precisely because of what it says about Christmas? Maybe it's both. Honestly, as I assembled my list, I realized that few so-called Christmas movies really have anything to do with the birth of Jesus. Maybe that's a compliment: film-makers recognize they really can't top the Gospel of Luke.

At any rate, here’s my list of my top ten:

1. It’s A Wonderful Life, 1946, by Frank Capra, with James Stewart and Donna Reed. The film itself isn’t a lot about Christmas, as is the case with lots of “Christmas” movies. But it’s a powerful message: how much difference we make by choosing virtue. I tear up pretty much every time I watch it.
2. Miracle on 34th Street, 1947, by George Seaton, with Edmund Gwenn and Maureen O’Hara. Again, avoid all others! This is the original and best. All about Santa Clause, really. A well written script; it makes you realize what really is possible.
3. A Christmas Carol, 1951, by Brian Desmond Hurst, with Alistair Sim. (Or the 1984 version by Clive Donner, with George C. Scott.) Curiously, this famous Christmas story has very little to do with Christmas, but it has a lot to do with redemption and hope. Warning: not all variations on the story of Scrooge are created equal!
4. The Bishop’s Wife, 1948, by Henry Koster, with Cary Grant and Loretta Young. (FYI, it’s a Protestant bishop, in case you were wondering.) This one actually talks about Jesus; and Cary Grant is, as always, lots of fun. David Niven gives a halfway decent sermon.
5. The Apartment, 1960, by Billy Wilder, with Jack Lemon and Shirley MacLaine. You may be surprised to see Fred McMurray as the heavy, but he does it well. Such a beautiful story. Again, NALAC (not a lot about Christmas). This might actually be the best film on this list, but on a list of Christmas films, I can't see it higher.
6. The Shop Around the Corner, 1940, by Ernst Lubitsch, with Margaret Sullavan and James Stewart. If you haven’t heard of Lubitsch, that’s too bad, because he had a deft touch. He may be better known for To Be or Not to Be, set in Nazi-occupied Poland. Hard to imagine a comedy in such a setting, but he pulled it off.
7. A Christmas Story, 1983, by Bob Clark, with Peter Billingsley, Darren McGavin and Melinda Dillon. Very funny nostalgia, not too sweet. Is Jesus even alluded to?
8. White Christmas, 1954, by Michael Curtiz, with Rosemary Clooney, Danny Kaye and Bing Crosby. It’s not a deep film, but the cast is good. Anyway, I like it!
9. How the Grinch Stole Christmas, 1967. Avoid all other versions. Is this a movie? Not really, but it’s a lot of fun.
10. Trading Places, 1983, by John Landis, with Dan Aykroyd and Eddie Murphy. Again, not much about Christmas, but a fun story.

Bonus! This isn’t a film, but a short story: “The Gift of the Magi,” 1905, by O. Henry. It’s been adapted into films and plays, but I’m not familiar with any of them. I actually read this! If you think any particular film or TV production is especially fine, let me know.

In the spirit of Christmas, I will refrain from a list of worst Christmas films, but don’t let me stop you! Or, give your nominations for best – but please, explain why.
Posted by Fr Martin Fox at 12:53 PM