No, really! I'm not kidding! Here it is.

OK, I am kidding about the "liturgical" part; this is styled "interpretive" dance. But anyone who has had to endure this sort of thing at Holy Mass will recognize it immediately.

I didn't watch the whole video. It's over 50 minutes, am I crazy?

Think about what I just told you. The leaders of most of the powerful nations in the world were forced to endure this...for fifty minutes!

The next time you are forced to endure something absurd, perhaps you will find solace in contemplating all the world's top poobahs, sitting on Normandy Beach, enduring this. I know I will.

The occasional shots of their reactions, as this train-wreck happens before their eyes, are priceless. Prince Phillip is grinning cheerfully: what does he know? Or is he just laughing at the whole thing, realizing that given his age and position, he doesn't have to behave? Queen Elizabeth? She looks like she's sorting mentally through her predecessors, pondering which ones' various abdications of royal power is to blame for putting the heir to Henry V -- and Elizabeth I! -- in this humiliating position. 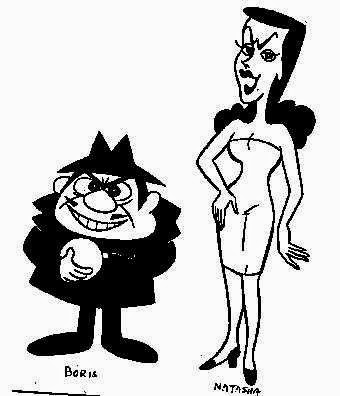 Putin reminded me of Boris from the Bulwinkle cartoons: "Zees Westerners are decadent and soft! Zay vill be easy to crush! Hahaha!"

If I kept at this, I'm sure I could come up with more attempted witticisms, but you get the idea. If you take a gander at the video, feel free to supply commentary, just keep it clean and not vicious.
Posted by Fr Martin Fox at 11:47 AM

Interpretive dance is not my thing! I prefer ballet. Actually, this interpretive dance seems kind of disrespectful to the memories of what happened in Normandy. Because this dance seems to be about the dancers, it's about other people's philosophies. Not about respect for the dead and those who risked their lives. That's just my opinion...

I'm with Jennifer here en toto. (except for the ballet bit :) ) I watched parts of it live off & on. Couldn't bring myself to watch the whole thing either. I couldn't stop thinking of and contrasting the annual Royal Tattoo at Edinburgh Castle, Edinburgh, Scotland (which I watched live the 3 yrs I was stationed in the UK in the 70s) to this "progressive" abomination. Now THAT is a way to stage a commemorative event honoring the armed forces! The deceased veterans were undoubtedly turning in their graves on max spin-cycle and those still alive forced to view the spectacle squirming in their seats. What an insultingly profane "tribute."

Hello, I am Dieter. Welcome to Sprockets. Now is the time on Sprockets when we dance.

Why is President Obama chewing gum during the ceremony?

It didn't seem so bad, but only because I was expecting something a lot worse.

Do you think Putin goes to these every year? He undoubtedly brings a very Soviet-centric historical context, and would undoubtedly feel that this D-Day exhibition, like all the previous ones, is too self-congratulatory and delusional at best. The Allied invasion came three years too late for Stalin, who was convinced that the west's delay on opening their second front was because they didn't want to interrupt the German-Russian killfest.

How dreadful and trivializing.

I half expected to see a Marcel Marcaeau-type pantomining the violence of the war with a mime troupe next.