NCAA on the warpath 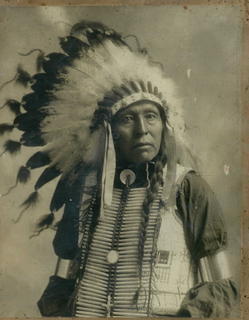 Human Events Online has a good article on the NCAA's attempt to mao-mao colleges into dropping mascots and team names deemed "offensive": GERONIMO! The NCAA Goes off the Reservation over Team Mascots
by Mac Johnson.

But the fact is that the use of Indians as symbols is a compliment. The only people offended by it are the racial grievance industry and a bunch of white, middle-class pantywaists, both of which would have found something else to whine about had they not invented this imbecilic non-issue.

People do not name their team “The Losers,” “The Drooling Slack-jaws” or “The Heartworms.” People name their teams after things they admire or wish to be like. Mascots connote power, speed, fierceness, tenacity or nobility.

The Indian peoples were chosen for mascots in so many places in America because they are admired. They have been romanticized in the foundation mythology of the nation as noble and special. They have been internalized by the culture that fought them as part of our shared national identity. They represent independence, freedom, fierceness, courage, endurance and uniqueness of place. And if you have to be defined, that’s not a bad set of words to be defined by. It is hardly hostile or abusive.

Teams wish to perform in the arena as fiercely as Knights, Spartans, Pirates, or Braves. Or at least they did. For now the grievance industry is redefining Indians out of that pantheon. Strong, brave, principled, independent and fearless can now be replaced with easily-wounded, oversensitive, whiny, victim-movement copycats. Native Americans thus pass from the mythology of America into the pathology of America –along with the rest of us. When such symbols are pulled down in the name of helping the symbolized, what part of them will be left in the popular culture? What reason will anyone have to ponder them? How will one life be improved?

The only point I would add to Mr. Johnson's fine essay, is that there is a touch of whimsy in team mascots, too; which is appreciated when one has both a secure sense of self, and a sense of humor: neither of which the PC crowd has, not an iota.

In honor of the NCAA's rock-headed decision, I offer you this link to the Washington Redskins' famous Fight Song.
Posted by Fr Martin Fox at 10:44 AM

As an indian, all I gotta say is some publicity is better then none... and 2nd of all... why in the bloody he** doesnt the NCAA or any of these other orginizations actually do something about the problems on the Rez's and stop blathering about political correctness while they are making millions and acting "noble" about how "correct and sensitive" they are. They are full of it. Many who actually live on the Rez's don't give a darn about the mascots, its the wannabes and the twinkies who make a big thing out of it.

Twinkies is a rez/indian term for thoes indians who "Sell" thier native-ness. In some circles it is also used for the white/wannabe indians who "act" indian. The first clue is if a "medicine man" asks you for money for a sweat a real Indian holy man/woman wouldn't put a price on it but generally you are expected to make a gift of something out of respect... atleast its expected the way I was raised...lol...

At my old high school the kids are the Arcadia Apaches. An Indian who wasn't even Apache showed up a few years ago and said he'd sue if the mascot wasn't changed. He was a professional victim. Our school got in touch with leaders of the Apache tribe and asked their opinion; they said they were fine with us keeping their name as our mascot. That seems to be how most Indians feel; they recognize it's meant as a compliment.